This one's for you, cold-weather golfers.

The City Council on Tuesday approved the creation of a winter pass for its highly rated Bide-A-Wee course. Officials hope a $300, four-month pass will boost attendance and reduce public subsidies for the course.
Some industry experts are skeptical. 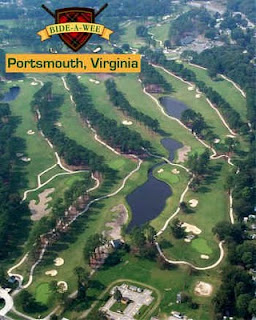 Season passes tend to lower revenue, not increase it, said James J. Keegan, managing principal of Golf Convergence, a Colorado-based consulting company that recently evaluated Virginia Beach's municipal courses. The core golfers who already frequent a course, not new players, typically buy passes, he said.
Andy Giles, the golf pro at Bide-A-Wee, agreed that annual passes can hurt revenue, but he expressed confidence that the winter pass will do well. A competitor drew some of his golfers away last year with the same deal, he said.

"I'm just trying to figure out something to create some interest this winter when things are slow," he said.
It costs $22 for a resident and $27 for a nonresident to play a weekend round in December, January or February at Bide-A-Wee. The new season pass can be used seven days a week from December to March. Carts cost extra.

The council also extended a special rate for active or retired military, senior citizens and city workers to four days a week from two.

A city manager's report said the two changes could increase revenue by $40,000 to $60,000.
That sounded overly optimistic to Mark Lambert, the golf pro at Nansemond River Golf Club in Suffolk. "That's going on a limb, I think " he said.

Bide-A-Wee is a cornerstone in the city's plans to transform the Victory Boulevard corridor. It re opened in 1999 after a costly public renovation that included a redesign by professional golfer Curtis Strange.
Golf Digest now gives it 4.5 out of 5 stars and last August named it Virginia's best municipal course. It sits near the new Tidewater Community College Portsmouth campus, a planned business park and new homes in the partially built New Port neighborhood. 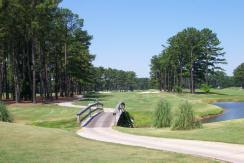 The city is still paying off the roughly $8 million in bonds it sold to pay for infrastructure improvements and renovating the course.

The city subsidized Bide-A-Wee with about $650,000 two years ago and was on pace to spend about $760,000 for the fiscal year that ended June 30, City Controller Lenora Reid said at a finance committee meeting in July.

Those amounts include debt service payments and are lower than what the city had budgeted for the expense, said Betty Burrell, the city's chief financial officer. 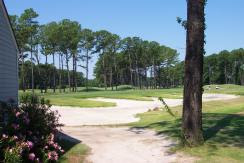 The debt payments are running less than $400,000 a year, with the last one scheduled for 2026, she said.
Giles said the payments have made it extremely difficult to break even at the course.
Many golf courses are struggling. In 2009, just 7 percent of those in the United States produced a profit, according to consulting firm Global Golf Advisers. 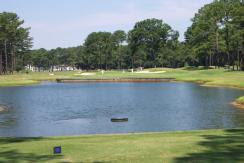 Keegan, the consultant from Golf Convergence, gave his opinion on season passes without analyzing Bide-A-Wee or any other numbers in Portsmouth. He credited the city with trying to make things work.
"They're to be congratulated for being proactive."
Posted by Unknown at 8:36 AM