Bear Trap Dunes Golf Club offers one of the area’s most unique and memorable golf experiences on the Eastern Shore.  Winding bentgrass fairways lined with native wetland grasses drift into natural sand dunes.  Impeccably groomed oversized greens and four strategically placed sets of tees beckon golfers of every skill level.  After just a few minutes at this Carl M. Freeman golf facility, you will see why these 27 holes of scenic beauty are the local’s favorite.

A former associate of Jack Nicklaus, Rick Jacobson has won acclaim for his course designs.  In Rick’s own words, “Bear Trap Dunes is visually unique because of its ample use of sand dunes – adhering to the coastal area’s natural terrain.” 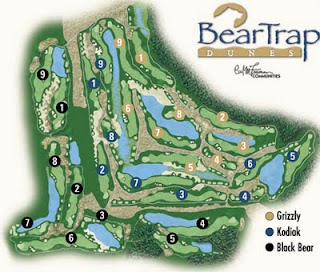 As President of Jacobson Golf Course Design, Rick Jacobson has been actively involved in the Design and Construction of golf courses for more than 20 years. Since graduating from the University of Wisconsin in 1980 with a degree in Landscape Architecture, he has been continuously employed with some of the premier organizations in the golf industry. 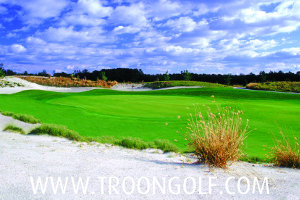 From 1985 to 1991, Rick worked for Jack Nicklaus Golf Services as both Assistant Designer and Design Associate. Rick was involved with many prominent projects in both the United States and Asia.
In November of 1991, Rick formed Jacobson Golf Course Design based on his firm belief that 'only organizations that deliver quality product with uncompromising service will endure.' Rick has relied on his exceptional background to deliver this quality product. The manageable size of his firm will allow the company to respond efficiently to client's needs and form close collaborative relationships with the project team.
Rick has won acclaim for many of his golf course creations including the Augustine Golf Club in northern Virginia, which was selected as one of Golf Digests' Best New Upscale Course in 1996 and Top 100 Public Golf Courses by Golf Magazine in 1998. He also designed Bull Run Country Club in Haymarket, Virginia, which was recognized by Golf Digest as Best New Public Course in Virginia in 2000 and renovated the Des Moines Golf and Country Club for the record breaking 1999 U.S. Senior Open.