The Myrtle Beach golf scene is home to many of the game’s most revered architects, past and present. Robert Trent Jones, Pete Dye, Jack Nicholas, Tom Fazio and Arnold Palmer are just a few of the big names that have left their mark on the area.

But an architect of less acclaim has, arguably, the most impressive collection of Myrtle Beach golf courses to his credit. Flying under the national radar, Tim Cate has worked almost exclusively in the Myrtle Beach golf market and his work, even if underexposed, is impressive. 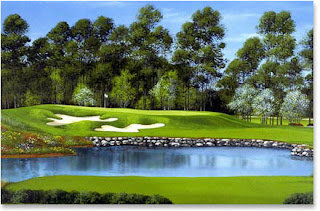 Cate has four solo designs along the Grand Strand to his credit – all of them just across the state line in North Carolina – and they are among the area’s most popular. If you aren’t familiar with Cate’s work, you owe it yourself to get acquainted.

Leopard’s Chase Golf Club – Cate’s newest Grand Strand offering, Leopard’s Chase might be his best work. It was ranked among the top 10 new courses in America by Golf Digest and Golf Magazine upon its 2007 opening.  The course features stunning natural vistas, generous fairways and a waterfall on the 18th hole. Leopard’s Chase is, unquestionably, among the area’s best courses.

Tiger’s Eye Golf Links – If Leopard’s Chase is No. 1 on a ranking of Cate’s work, Tiger’s Eye is no worse than 1B. With 60 feet of elevation change and tons of native coquina boulders lining the course, Tiger’s Eye is visually stunning. It has been ranked among America’s 100 Greatest Public Courses by Golf Digest. This 10-year-old layout enjoyed a great first decade.

Panther’s Run Golf Links – Cate’s first individual effort, Panther’s Run is one of his three solo projects at Ocean Ridge Plantation. Carved through a nature preserve, Panther’s Run is a good course that suffers only in comparison to its high profile brethren. If this layout is on your itinerary, a good day awaits.

Cate’s fifth Grand Strand layout and his fourth at Ocean Ridge Plantation, Jaguar’s Lair, is under construction, so a new offering is on the horizon.

Which Tim Cate design is your favorite? 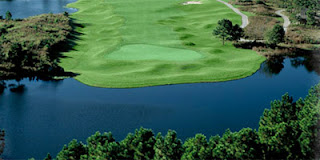