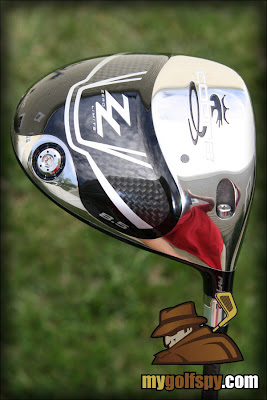 The guys over at My Golf Spy have tested and posted another in depth review of the new Cobra Zero Limits Driver. The Driver looks stunning, and holds a lot of new tech, and Cobra is known for great drivers, this maybe their best!

Here is the Link to My Golf Spy, the best Tech site on the web, they really are spies!!

OK…I am impressed! The guys at Cobra have created a driver that not only looks good…but it feels good…and sounds good too…there aren’t many drivers like this out there. I have to say Cobra might be the most under-rated driver company in all of golf. Year in and year out they put out one impressive driver after another…which is more then most golf companies can say. I can name quite a few of the big dogs that put out a dead duck on a routine basis. This year’s Cobra Zero Limit driver is the real deal…they just always seem to put out a hot face driver…kudos fellas ;)
Using A Technology Many Have Given Up On 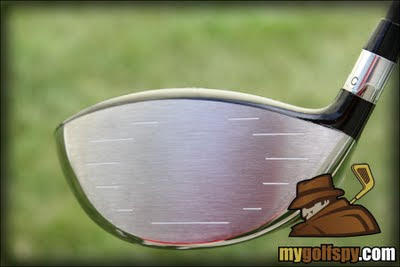 And they have done it with a technology that many have gone away from (Carbon Fiber Tech). Many companies have tried the carbon fiber technology but given up on it for one reason or another. It either effected the sound too much…the returns because of breakage were too high…it just caused a lot of problems…and companies thoughts the disadvantages outweighed the advantages. And the word on the street was not good from consumers…so most companies just gave up on it. But there are advantages to the technology and every company knows it. And Cobra has been the one company that has chosen to stick with it and almost perfect the technology and use it to its advantage. 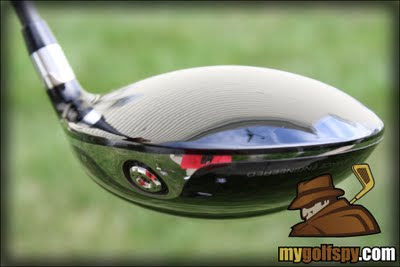 “But I am tired of those “Speed Dimples Cobra always uses”, you say. Well you will be happy to know they have been replaced with a more traditional crown for a better look at address too. They were smart…I think the dimples were catchy at first but that fad is over and I think they recognized it in a timely manner…so kudos again for that.
Easy…User-Friendly Adjustments…Shew!

Now the adjustable hosel isn’t new…almost every company has their own version…but what I like about Cobra’s is they made it simple and user-friendly. I mean compared the Nike’s STR8- FIT driver that had a 50 page manual you had to read in order to know how to use the thing…this is a dream. I mean don’t they know…MEN DONT READ INSTRUCTIONS. This one is a 3 way adjustable hosel – open/neutral/closed (O-open, N-neutral, C-closed) and adjusting it is fast and easy.
PROS

* Sound – Much improved over the L4V and the L5V.
* Looks – The driver looks like a mix between classic and modern…this is one of the best looking drivers puton the market in the last 5 years.
* Feel – The feel was above average for a driver with a carbon fiber crown…I think they achieved this by using 6-4 titanium for the face. It gives a softer feel on impact…but generally is not used as much in oversize heads. Another advantage to using carbon fiber for the crown…because it allows the 6-4 titanium to be used.
* Distance – was on par with all the other drivers we tested it against. I think the 6-4 is responsible for its average distance. Where it does feel better it unfortunately is not as long of the tee compared to some of the newer blends of titanium. But all in all the combo is great for Cobra. 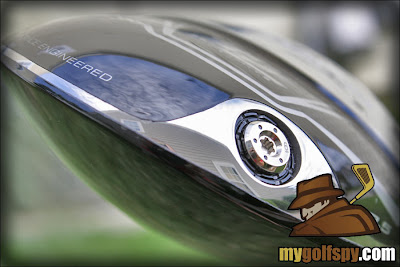 * I do not think they should have gone with a stock 46″ club length. I understand why…although it is much too long for the average golfer and creates more problems in regards to accuracy then it helps with distance in my opinion.
* Not a fan of the stock shaft…although I was lucky enough to get one with the cool new prototype Aldila R.I.P shaft which was a great combo for this review.
Posted by Unknown at 9:35 AM