Carolina National, Stop By On Your Way To Myrtle Beach For Great Golf

Carolina National Golf Club has six holes that play along the Lockwood Folly River.
Carolina National Golf Club has a high profile architect, is set on a stunning piece of property, and was awarded 4.5 stars by Golf Digest’s prestigious “Best Places to Play” guide. The 27-hole facility has nearly everything, except the widespread recognition a course of its quality generally receives.

Even for long-time Myrtle Beach golfers, Carolina National is likely on the short list of the best Grand Strand courses you’ve never played. But one the area’s best kept secrets is beginning to emerge.

Located on the north end of the Grand Strand, Carolina National Golf Club’s low profile has nothing to do with the quality of golf. Playing along the Lockwood Folly River, Carolina National is one of the area’s most scenic and environmentally friendly tracks. 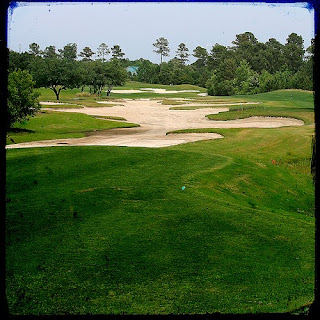 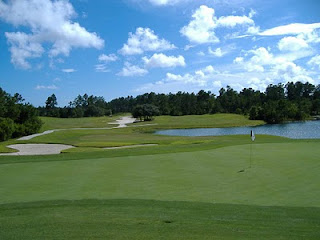 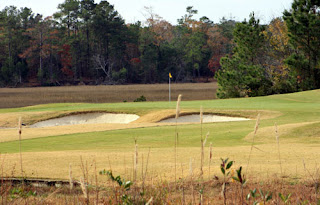 The Fred Couples design is home to three nines – the Heron, Egret and Ibis, all named for birds native to the sprawling coastal property – that offer different experiences. Couples, who has 20+ designs to his credit, doesn’t force his vision on a piece of land, choosing instead to craft a golf course that plays to the strengths of the property he is working on.

The result at Carolina National is three nine-hole tracks that offer different experiences. The one thing they have in common: the courses rarely cross paths.

“It’s not a back and forth golf course,” general manager Steve Beecroft said. “If I’m out on the golf course, I don’t want to see someone two holes over yelling ‘fore’ and I’m ducking. Only one or two times on a particular nine will you see someone on another hole.”

What players do see a lot of is wildlife. Carolina National Golf Club is an Audubon Certified Sanctuary Golf Course and its commitment to preserving the natural environment surrounding the layout is obvious.

Nature’s primary gift to players at Carolina National is the Lockwood Folly River. The facility has six holes that play along the river on the Heron and Egret nines and the visuals are stunning.

The Heron is the most scenic track, particularly the par 3, fifth hole, which features a green that is almost completely surrounded by the river. Beyond the scenery, the Heron offers a good test, placing a premium on the mid-to-long iron game.

The longest nine at Carolina National, the Heron has three par 4s that play 400 yards or more and the par 5 ninth measures 587 yards.

The Egret is a driver’s course, rewarding players that can pound the ball off the tee while featuring the beauty of the Lockwood Folly River.

Players that can find the fairway will have the opportunity to make up strokes on the Ibis nine, which isn’t quite as long. If you are rolling it well on the greens, a good score potentially awaits on the Ibis.

The bentgrass greens at Carolina National are among the area’s best. In most instances, the challenge of the greens complement the design of the hole. Carolina National’s longer holes tend to have bigger greens, while Couples provides a smaller putting surface on the shorter holes.

While the three nines at Carolina National, which opened in 1999, vary, quality golf and creative design are the common bonds.

“He is a great visualizer,” Beecroft said of Couples’ work. “You can see some of his fondness for Augusta (National) the way certain holes setup … He has an innovative design and makes the course playable for everyone.”

The clubhouse at Carolina National is equally inviting. The course has a membership base, and as a result, the clubhouse food, prepared by an executive chef, is very good, and there is ample room for large groups.

The Verdict: Carolina National has flown under the radar for too long. It’s an outstanding facility, earning the 4.5 stars it was accorded by Golf Digest.

Conditions, scenery, challenge, playability. Carolina National Golf Club has it all in abundance. If your group hasn’t played the course, move Carolina National to the top of the list. It’s a decision you will enjoy.
Posted by Unknown at 10:20 AM